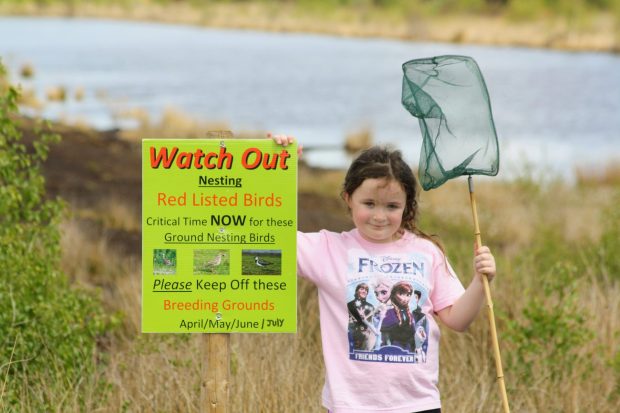 Six Kildare bogs have been included in the initial list of bogs approved by Minister Eamon
Ryan for his inclusion in a €108 million program for the rehabilitation of peatlands across the country.

Two more, Gilltown and Prosperous, have since been added to this list by Bord na Móna.

A public consultation has just opened on plans for the rehabilitation of two of the six original peatlands, Lodge
Bog, which is located between Allenwood South and Lullymore, and Timahoe South Bog, which
is north of the former Allenwood Generating Station site.

Consultation is already underway for Gilltown and Prosperous bogs, and members of the public are invited to provide feedback on all of these plans.
Cllr Brendan Wyse lives on reclaimed grassland next to Lodge Bog, which in the 19th century
was part of the larger Lullymore bog.

Welcoming the plans, he says: “I have been working from home for almost two years and I walk my dog ​​at Lodge Bog most lunch hours, so I know the area very well. There are beautiful untouched bits of raised bog along most of the boundary, and particularly at the western end, where there are 40 hectares of raised bog next to the site of the former Lullymore monastery. Part of the western area was re-wet a few years ago and efforts to breed lapwings and curlews are underway there.
He said the latest Barrow Catchment Report from the Environmental Protection Agency shows there is a risk that water quality will not improve in West Kildare’s rivers due to continued drainage of rivers. bogs like Lodge Bog.

Cllr Wyse thinks the rehabilitation effort will reduce this risk, “The Lodge Bog drainage system includes silt ponds and pumps, and nearly all the rainwater that falls on these 400 hectares of sectional bog ends up into the Slate River, which introduces contaminants into the river and causes local flooding in Ballyteague and Allenwood South from time to time.The planned rehabilitation will reduce these problems once the blockage of drains begins.
He said he would comment and encourage other local residents to speak up.
also, “There are many potential uses for the bogs of Bord na Móna after the end of the peat
production, but the value of amenity and education and opportunities for improvement
biodiversity matters most to me, so I will rate the plans based on how they maximize
these uses. Other residents should ensure plans reflect their perspective
also, by making their own submissions.